Prince Harry this week notched another victory in the royal family’s long-running battle with paparazzi photographers, securing a “substantial payout” from an agency which used a helicopter to take pictures inside a house he was renting.
Potentially even more interesting than that is the way in which he won his battle – basing a legal case partly on a sweeping new European data law that is less than a year old.
According to a statement delivered to London’s High Court on Thursday, in which the paparazzi agency Splash News apologized to Harry, also known as the Duke of Sussex (emphasis ours):
“This matter concerns a claim for misuse of private information, breaches of The Duke’s right to privacy under Article 8 ECHR and breaches of the General Data Protection Regulation (“GDPR”) and Data Protection Act 2018 (“DPA”).”

Royals and celebrities arguing that media coverage invades their privacy is relatively well-trodden ground. Prince William and Kate Middleton famously won a payout from the French edition of Closer magazine on privacy grounds after it published topless photographs of Middleton while she was on holiday in Provence.

But pursuing photographers on the grounds that their business constitutes illegal data processing is a new strategy, and a use of GDPR that few would have predicted.

Personal Data and the Organization: Stewardship and Strategy 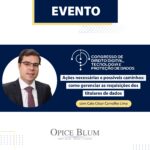